The statistics for car crashes are out and the  Department of Public Safety reports that one of the largest factors in crashes was distraction. This is not likely to surprise anyone since drivers can often be observed with their attention placed on other things rather than the road in front of them. However, when a distracted driver causes a car accident, it can result in injury and death for the unfortunate victims.

According to the Centers for Disease Control and Prevention, there are essentially three types of distracted behavior. These are cognitive, manual and visual. While many people may automatically think about cell phone use when they hear about distracted driving, there are many things that can take a driver’s mind and eyes off the road. These distractions include:

According to the NHTSA, using an electronic device to send texts involves all three types of distracted behavior. Drivers are often thinking about the conversation taking place on the device, they take their hands off the wheel to hold the device or touch buttons, and they often look down at the device to read the incoming messages or check the accuracy of the one they just typed.

If a driver is traveling at a speed of 55 mph and is texting at the same time, that person is taking their eyes off of the road for about 4.6 seconds. That doesn’t sound like a lot of time, but in that moment, the car can drive the length of a football field. When someone’s eyes are off the road for that long, serious consequences can occur.

The NHTSA also quotes a study done that shows the risk of injury to a driver is increased by 4 times when they are holding a phone or other mobile electronic device. This is not surprising since collisions can happen at full speed, causing serious injury to victims. People injured in a car accident involving distracted driving often face months of recovery and financial challenges. If you have been injured in a car accident, you should learn what your rights are by talking to an experienced personal injury attorney.

Latest on the Blog!!! 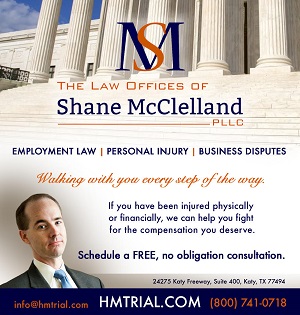 The information provided by this site is meant for informational purpose alone. It should not be considered as legal advice on any matter. This website is not responsible for creating a lawyer-client relationship between the user and us.